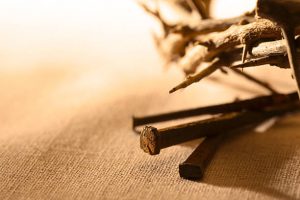 No matter how much we deny it, death is never pretty. Death by crucifixion was even less so. While Mel Gibson went to extreme lengths to show us just how much Jesus suffered in his 2 hour plus movie, ‘The Passion of the Christ’, the Bible doesn’t give us that much information on what was actually involved. Of course, it mentions the nails that were driven into his hands and feet and the crown of thorns that was placed upon his head, but the most somber moment is recorded with the greatest simplicity: ‘after he had scourged Him, Pilate delivered Jesus to be crucified’ (Mark 15:15).

Yet, the message of the entire Bible centres on the cross of Jesus. It tells us that if we are to appreciate Jesus’ death and its implications for us, then we must understand that he was not just a man who suffered terrible things, but that he was God’s Son who took the place of sinners. It tells us that he was the Creator of the universe who willingly allowed himself to die as he did for those who rebelled against and hated him.

That’s what it’s about. Not about how much Jesus suffered, but about who it was that suffered and that he went to the most extreme lengths to purchase salvation for those who believe in him. Romans 5:8 says ‘God shows his love for us in that while we were still sinners, Christ died for us.’ And he did that, not to win your sympathy, but that you might believe in him and know the free gift of forgiveness to cover your sins. No, his death was anything but pretty, but to those who believe in him, it was the greatest gift from God.

This Easter, seek him.